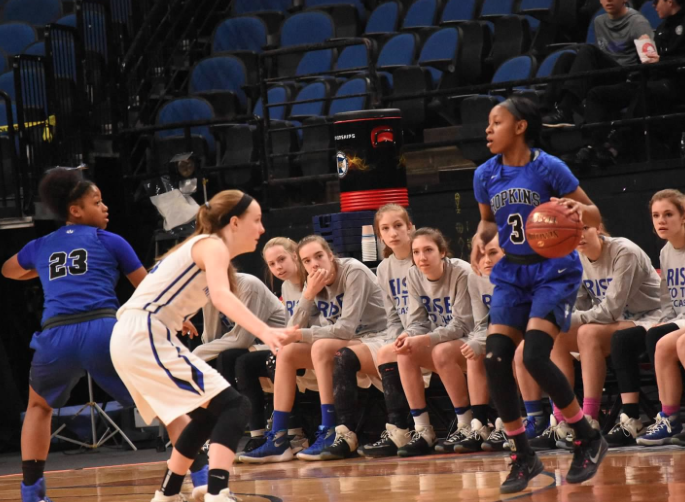 Raena Suggs, senior, is a guard who averages 15.2 points per game for the girls basketball team.  Suggs is helping lead to the team to 15-3 record so far this season.

Considering Suggs is a senior, Suggs only has 10 games plus state left in her high school career.  Suggs want to continue her basketball career father than high school

“I will probably be going to Nevada University of Reno and will be playing basketball in college,” Suggs said.

Even though the future is important, Suggs wants to be able to focus on the now and leading the team to state.  Suggs still has some hopes before the end of her senior year.

“Winning state and being Mrs. Basketball are the things I want to do before I leave,” Suggs said.

Suggs wants to get back to that state championship game. Her favorite memory of basketball includes going to state last year.

“Going to state, not losing of course, but the experience and going 33-1 was really fun,” Suggs said.

Suggs helped lead the team last year, and even moved to Hopkins to play sophomore year for the notoriously good varsity basketball team.

“I started playing basketball because of my dad, he was my brother’s AAU coach. I was like 3 years old and always surrounded by a gym,” Suggs said.

Suggs hopes to hoist the championship trophy this year before she heads off for a bright future in college basketball.