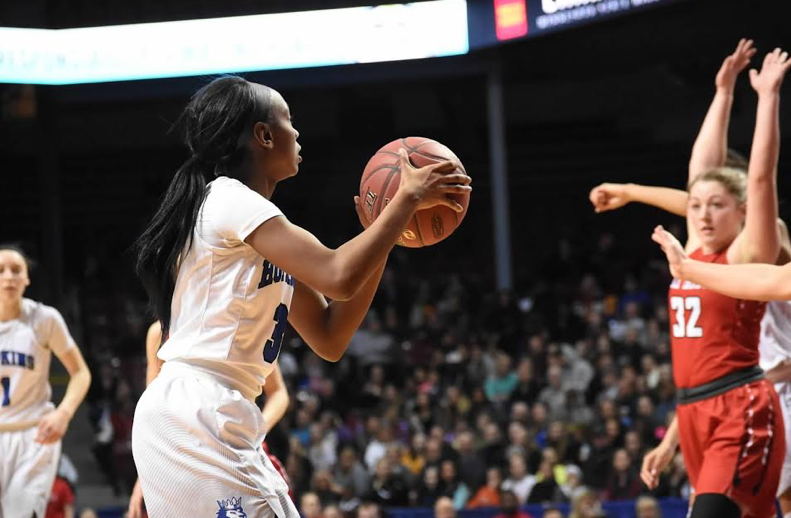 Raena Suggs, senior, is coming off a 24 point performance and is looking to help end the undefeated season of the Wayzata Trojans tomorrow night.

Suggs does not let the high scoring performance affect her at all, with that being one of her highest of the season.

“I am humbled so it doesn’t really matter,” Suggs said.

The Trojans are 15-0 and look to continue that versus the top team in Minnesota, the Royals, but the Royals won’t let their record intimidate them.

“No, it doesn’t intimidate us. It just makes us want to beat them more,” Suggs said.

Despite the Trojans having the best record in the state, they are still ranked third.  Looking up at Hopkins and Eastview, ranked one and two respectively.

The Trojans are 15-0 for a reason, and that means that the Royals need to prepare well for the undefeated rival.

“We are preparing for Wayzata by getting better on defense because they are really big so we have to be faster on defense and on offense,” Suggs said.

The Royals are now ranked 33rd nationally due to the lost against the Eastview Lighting on Dec. 29, after a ten-game win streak.  However, that loss does not diminish the highly energetic Royals.

After this matchup against the Trojans, the Royals will face off against the Robbinsdale Armstrong Falcons on Jan. 13.