Girls basketball looks to extend win streak to 10 vs Pirates 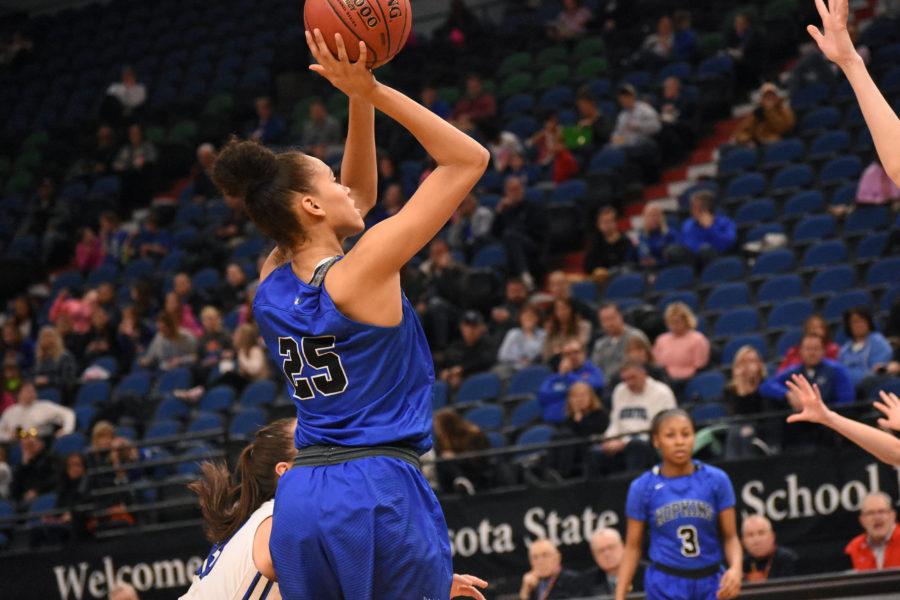 Tonight, Dec. 21, the Royals Girls basketball team is entering their fifth game of an eight game road trip, in hopes of ending the Park Center Pirates’ three game win streak. With Paige Bueckers, sophomore, leading the team in every per game stat category besides blocks, the Royals look to continue their dominant season.

Bueckers will lead the team into the home court of the 5-1 Pirates, while working on giving the Royals a 9-0 start to the season.  Bueckers has scored at least 19 points in every game during the road trip, with 27 being the highest.

As far as preparation goes, Bueckers knows there is always something that can be executed better during the game and that preparation happens during practice.

“We are going to prepare better on defense and rebounding, those are our weakest links right now and we showed that against St. Michael so we are going to work on that a lot,” Bueckers said.

Dlayla Chakolis, junior, is preparing a lot in practice and is even going to the Pirates games to get and advantage.

“We have been watching a lot of film and my teammates and I actually went to one of their games where they played against Eden Prairie.  We are studying each player and what their tendencies are and we are practicing defenses and offenses we will be running against them,” Chakolis said.

Bueckers does not let the fact that the Royals have not played at home since the win versus Minnetonka on Dec. 8, phase her at all.

“It’s kind of tough.  I miss being at home, but it prepares us for March because we are not going to have many home games come playoff time. So it just prepares us,” Bueckers said.

The Royals also have another leader in Chakolis who believes that playing in the Lindbergh Center is better, but yet still does not let the undefeated Royals be thrown off their game.

Chakolis and Bueckers look to lead the Royals back to the championship game this season, but that can only happen if they take it game by game. The journey for the trophy resumes tonight versus the Pirates.