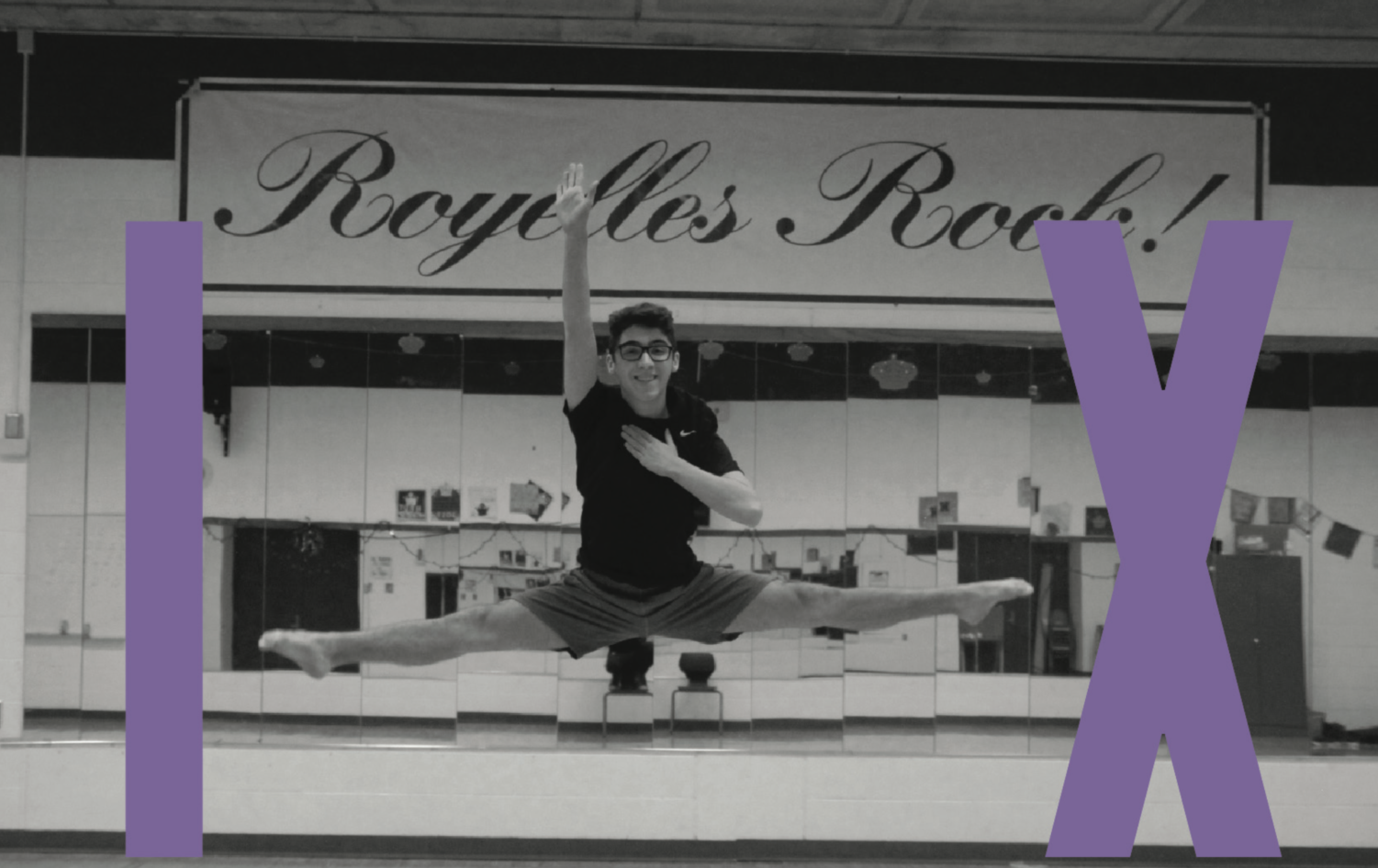 Title IX was established to break down barriers for women in education, including school-sponsored sports. 45 years following its inception, are these protections striving towards accommodation or equality? 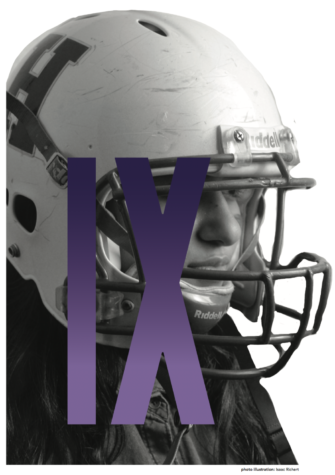 When Zach Greenwald, sophomore, started dance in seventh grade, he did everything with his female counterparts— the same practices, technique classes, and skills. But as winter comes around, Greenwald and his friends dance 14 miles apart.

According to Greenwald, in seventh grade his father attended an informational meeting for prospective members of the Royelles. At the meeting, he was told by the team’s coach that boys were unable to participate on the team.

“I was upset, but I think I stuck to studio dancing and was happy there,” Greenwald said. “But going into the high school and having so many friends from NJH and from WJH on
the dance team has reminded me again that I wanted to do this.”

Marit Green, coach of the Royelles, was reached out to for comment but did not respond.

Greenwald quickly learned that his inability to compete wasn’t due to Hopkins policy, but Minnesota State High School League (MSHSL) policy, state statutes, and federal laws as a part of Title IX of the Education Amendments of 1972. These statutes are efforts to provide accommodations for women in school-sponsored atmospheres, including sports.

According to the National Women’s Law Center (NWLC), before the law’s inception, 1 in 27 girls played a high school sport, and opportunities for females received only 2 percent of collegiate athletic budgets.

Stead also said that since its inception in 1996, girls’ dance team has been limited to female participation only.

Under federal law, Title IX protections extend to interscholastic activities, including school-sponsored athletics. However, Stead says that due to Title IX’s intentions to provide females increased accommodations, its protections— including those in sports— don’t apply to males.

One accommodation for school-sponsored sports is allowing female students to try out for all-male teams, provided that a separate team isn’t available for females. Ellie Fromstein, HHS alumna, participated as a kicker on the Royals football team.

“I played rugby at Hopkins— I still play [in college]— and I was the team’s kicker. I was pretty good and they were like, ‘Why don’t you try out for the football team?’” Fromstein said.

After talking to the coach, Fromstein joined the team and played for one season during her sophomore year.

“For the most part, I got a ton of support from the boys on the team. They were very excited that they were adding a member to their team and they actually had a lot of respect for me, surprisingly,” Fromstein said.

While Fromstein had Title IX and her kicking skills on her side, in Greenwald’s case his athletic ability is not enough to secure him a spot on the Royelles.

Success stories of Title IX’s accommodations can be seen nationwide in a wide array of sports. A study from the National Women’s Law Center found that women’s crew teams increased twelve-fold from 1991 to 2009; NCAA women’s soccer teams increased threefold.

The National Coalition for Women and Girls in Education (NCWGE) points out numerous benefits of female participation in athletics, ranging from short- and long-term health improvement, decreased likelihood of drug usage, and improved academic performances.

Fromstein says that thanks to increased opportunities on high school, collegiate, and professional levels, women have been increasingly breaking down these barriers.

“I think that women are starting to find that, with the last Olympics and World Cup, there is a lot of pride in playing those really hard-hitting, difficult, physically challenging sports, and I think a lot more women are pursuing it harder and working harder than they have in the past,” Fromstein said.

“At competitions, all the girls get a huge dressing room, and the boys get like three feet of space,” Greenwald said. “I think we all bond that way— we’ve all had such similar experiences because we’re such a minority in dance, so we talk a little at competitions and we understand each other.”

He even has support from most of his friends on the Royelles. 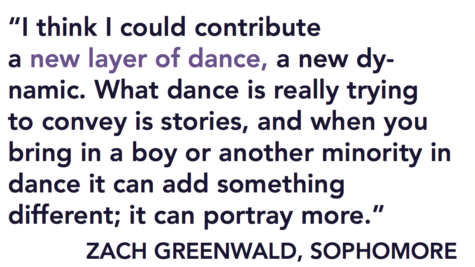 “I was just talking with one of my friends recently, and she said that around 90 percent of the dance team wishes that I could dance with them, and they said it would be really interesting and that Hopkins would stand out as a team and would bring a whole new dynamic, a whole new layer to dancing,” Greenwald said. “People know that the dynamics of dance team will change— some people think that’s amazing, some people think that’s not so good.”

The NCWGE says that barriers still exist for females, too— including low participation levels for African-American and Hispanic females, a lack of female coaches, and more nuanced participation barriers such as facilities and publicity.

As gender dynamics change within society and more people are participating in opposite gender sport, the question arises— should Title IX’s implementation be updated to meet these changing gender roles? Greenwald hopes to set a new precedent.

“I know that if I get on the dance team, it’ll be by the time I’m a junior or maybe even a senior,” Greenwald said. “So I think my biggest goal with this is giving it to the next generation as something I couldn’t have as a seventh grader, but kids coming into the high school and junior high should be able to have this opportunity and should get something that people before us hasn’t had.”