Girls basketball takes down Hawks for their fourth 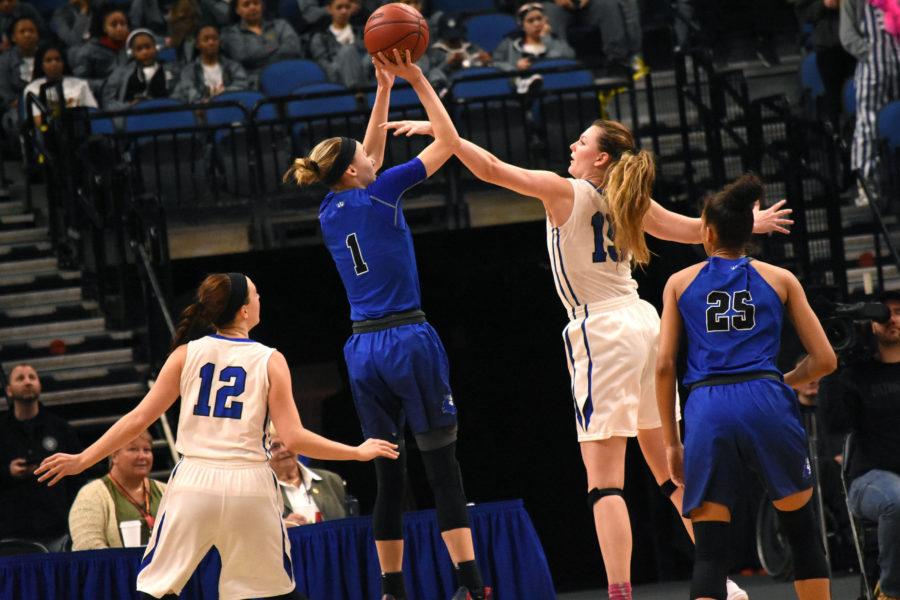 Paige Bueckers, sophomore, goes up for a basket while being guarded by a Minnetonka player.

Paige Bueckers, sophomore, once again led the team to a victory with her 20 points.  Bueckers and company brought the Royal’s to a 6-0 start with a 95-68 win over the Robbinsdale Cooper Hawks.

The girls’ basketball team had five players score over ten points including Raena Suggs, senior, with 18.

With the faceoff of undefeated teams, the Royals needed to prepare very well to take home the victory versus the 3-0 Hawks.

“We knew they were fast, so we practiced transition defense and quickness, and our jv team prepared us pretty well,” Bueckers said.

This matchup was the highest scoring of the season, with Hopkins almost breaking triple digits offensively.  On the other side, the Royals let up the most points they have all season.

With being ranked the top team in the state, and most of the games being complete blowouts, there doesn’t seem much to improve upon.

“We can always improve on our defense, that’s our biggest thing we are trying to improve,” Bueckers said.

Hopkins looks to continue the stellar start at Edina on Thu., Dec. 14. They hope to hand the Hornets their third loss of the season.