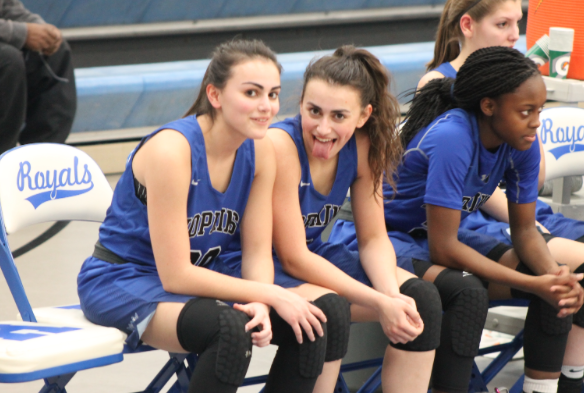 Tehmi Bozicevich, sophomore, has been on the varsity girls’ basketball team since freshman year.  This year, she will continue to be a key part in the team’s system.

Bozicevich and her family have been a basketball family all of their lives. Bozicevich got into basketball at a very young age.

“I started playing when I was little because my mom used to play,” Bozicevich said.

The varsity team last season had their very own sister tandem in Bozicevich, then freshman, and her older sister Asha Bozicevich, then senior.  The two were able to play together during sections and the state tournament.

“After lots of years of both playing, it was really cool to both be part of the program.  She was a really good captain and playing together made last season really special,” Tehmi said.

“My expectations for this year and for years to come is to keep playing and have fun being a part of such a special program,” Tehmi said.

Being on a competitive varsity sports team and having to balance school can be challenging for anyone.  Tehmi has had to balance her GPA and being able to play at a high level for one season and has to for the upcoming years.

“Nights when we have games are very busy so I have to look at my week and plan ahead,” Tehmi said.

Currently the Royals are 3-0 and hope to continue that streak throughout the season.  They look to hoist the trophy for the first time in Tehmi’s career on varsity.