From politics to the STEM field, women across the nation face the everyday struggle of underrepresentation and unequal standards. Breaking their silence, female pioneers throughout the community are shattering the glass ceiling… and expectations.

Walking into HHS’ Anatomy and Physiology class, it may be hard to believe that the same course had been previously dominated by male students and educators.

For Olivia Anand, senior, the progressive shift in demographics was one that did not have a significant impact on her future ambitions.

“In my class, at least, we have two guys and the rest of us are all females, so it just kind of feels natural and I definitely feel like that’s going to be more of a trend…more girls in science classes,” Anand said.

Currently, girls are earning high school math and science credits at the same rate as boys and are earning slightly higher grades in these classes, according to the US Department of Education.

Despite this shift, women are much less likely than men to say that they intend to major in science, technology, engineering, or math (STEM) among first-year college students, according to the U.S. Department of Education, National Center for Education Statistics, 2007.

In order to ensure that females are encouraged to participate in STEM courses and are accurately represented in their respective fields, Anand believes that advocacy is key.

“I feel like maybe not with Anatomy, but maybe with physical sciences like physics, it feels like the more male-dominant side of the sciences, and probably higher level math too,” Anand said. “It’s available, but not very advocated for women to take physics or calculus.”

Hearing about the experiences of her teacher, Ms. Alyson Purdy, Science, has brought light to  the significant role female educators in the STEM field. These significant roles has been critical in advancing greater gender equality in the workplace.

Now that the notion of a female science teacher is considered conventional, Purdy has attempted to take this concept one step further. When schedules are made during the summer, Purdy is a strong advocate for female representation in every area of science, from physics to biology.

“Girls need to see themselves represented in all areas of science. I think that’s the biggest thing, girls now are confident of their abilities more than ever before, are very aware that people are shattering glass ceilings all over the place,” Purdy said. “But at the end of the day, those people are still very far away. We have to make every effort that girls, and the parents of girls, see real people right here right now doing what the girls may be interested in.”

Outside of the classroom, Purdy is also one of the mentors of HHS’ robotics club, the Technocrats. Robotics competitions tend to be a testosterone-rich environment, and Purdy has occasionally had other mentors doubt her abilities. She attributes this, in part, to her gender identity.

“When I go to a robotics tournament here in Minnesota, I am one of very few lead mentors that are female in the state of Minnesota. When we go to world championships, the proportion gets even lower. It’s unusual. I feel like, in a 30-some-year career here, they really should’ve caught up by now,” Purdy said. 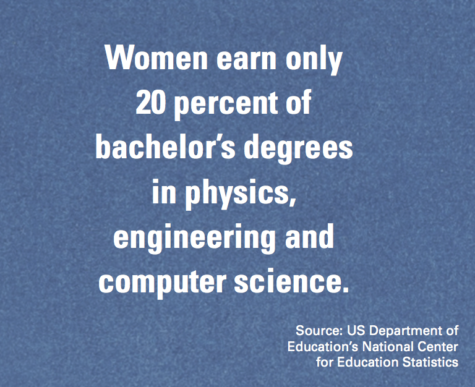 Debra Chepkemoi, junior, is currently one of seven girls competing with the robotics team. In previous years, the team has been mainly composed of male students. This year, however, females outnumber them.

Chepkemoi believes that women in the STEM field, from careers to clubs, are pioneers. Ultimately, she argues, gender shouldn’t matter, only a person’s intellectual abilities. Though she hasn’t always been comfortable embracing her femininity in masculine environments, the decision to has proved valuable in her eyes.

“I think it’s something new. It’s something that I shied away from when I was younger, but I think bringing in my female perspective brings a certain unity to the team,” said Chepkemoi.

Chepkemoi attributes her involvement in the robotics team in part to the actions of other HHS feminists who she grew to admire in the wake of the 2016 election.

“I think my fellow female members, or the feminists, or whoever, have truly opened my eyes in a way that I can actually do something and make a difference,” Chepkemoi said. “After the election there was a group of students last year that went to a rally, and that was just really interesting to see that a group of people can come together and stand for something. That made me want to do something like that as well.”

Sagit Nachmias, junior, was one of the students who attended the #IStandwith PlannedParenthood march in February. Nachmias was joined by approximately 5,000 other Minnesotans, as well as several friends who also attend HHS.

Exposed to myriad opinions, those of both allies in protest and counter protesters, Nachmias realized the misconceptions that exist about the Feminist movement. More specifically, she saw the necessity in young girls advocating for themselves and their beliefs in a world that often diminishes the youth perspective.

“I think that just by speaking out, we’re giving the Feminist movement a different image. A lot of people think it’s just girls being like, ‘Yay, I like women,’ but it’s a lot about equality,” Nachmias said. “I think it’s important that people can see that there are a lot of different types of people who are feminists. By sharing my voice, I’m kind of showing how I’m another one of those people also trying to shine a light on the actual definition of being a feminist.”

From HHS to the USA

With fewer than 20 percent of district superintendent roles being held by women in the state of Minnesota, Dr. Rhoda Mhiripiri-Reed, superintendent, loves reminding her male colleagues that women are here to represent. 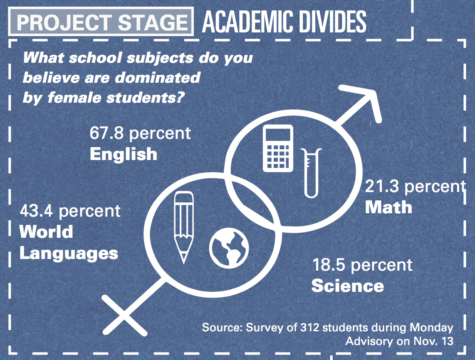 “As girls and women, we are more powerful than we could ever imagine. We are observant, emotionally-in-touch with humanity, strength, resilience, and we see the change we want to have in the world,” Mhiripiri-Reed said. “As girls and women, we need to always question why more men are represented in key leadership roles in our society, and how we will change that.”

Mhiripiri-Reed is the first female and person of color to serve as superintendent in the Hopkins School District, seceding John Schultz, now at Edina.

Despite her educational success (attending both Yale and Harvard) and profound leadership skills, Mhiripiri-Reed has continued to face sexism throughout her careers in both subtle and obvious ways, particularly from her male counterparts.

“I’ve sat at tables and expressed an idea to a group of men who didn’t initially respond, but then when a man expresses the same or similar idea later on during the same meeting, all of a sudden it’s seen as a valuable contribution,” Mhiripiri-Reed said. “There are many behaviors women leaders have to avoid so they don’t get characterized in certain ways. To me, this is sexism, and it’s unfair.”

Mhiripiri-Reed uses instances intended to be categorizing or shaming as teachable moments. Her advice to female students, who have been in similar situations, is to use others’ behaviors as learning moments for themselves.

“We need to reach our true brilliance and resist others’ tendencies to downplay our ideas or put us into corners or boxes. It is women who have and raise the boys who turn into male leaders; they didn’t just get their on their own. If we can raise leaders, we can BE leaders,” Mhiripiri-Reed said.

In addition to the selection of Mhiripiri-Reed as superintendent, the broader Hopkins community has taken steps to increase female representation in other leadership positions that influence the everyday lives of students.

With the election of Fartun Ahmed and Jen Westmoreland Bouchard (as well as Chris LaTondresse) to the Hopkins School Board on Nov. 7, the balance has shifted to reflect the gender makeup and diversity of the district. With 45 percent of students being of color, (21 percent of which are black), Ahmed is the first Somali-American woman ever to be elected to a U.S. school board.

During her campaign for School Board, Ahmed took action to amplify the voices of Somali families in the district prior to her election. She invited Somali families to discuss their concerns with Mhiripiri-Reed and nine Hopkins principals.

“My idea in creating that meeting was to develop a relationship between the school district and the Somali parents, so that they don’t have to feel like nobody is listening or nobody wants to hear their input or how they are feeling,” Ahmed said in October.

Fartun’s election is particularly significant as she is the first Somali-American woman elected to a school board in the country. Minnesota has a history of progressive politics, leading the nation in electing women, and more specifically, women of traditionally disenfranchised groups. 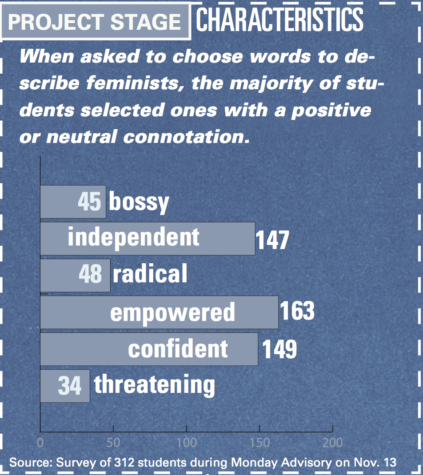 As voters across the nation elected President Donald Trump, voters in Minnesota elected Ilhan Omar, the first Somali-American legislator, to the state House of Representatives. Her election has since received national attention. Earlier this fall, Omar was featured in Time magazine as part of their series “Firsts: Women Who Are Changing the World.”

Currently, women make up approximately one third of the Minnesota state legislature, though the population is 50.3 percent female. Compared to the rest of the nation, female representation is high. However, when the legislature is not representative of the population, certain groups can be overlooked.

Founded in 2014 by Jessica Melnik, the group is working to empower and educate girls of all ages throughout the community.

Girls United MN plans to continue this project at other elementary schools throughout the Hopkins School District.

“Girls United is an incredible group that I am very proud and thankful to have been a part of,” said Sally Reed, junior, to The Royal Page in November. “Through our meetings over the years, I have been exposed to many issues that women face throughout the world, as well as almost always left feeling empowered and ready to take action in the community to help others feel strongly about and be aware of these same issues.”