Football defeats Cadets 21-19 for first win of the season 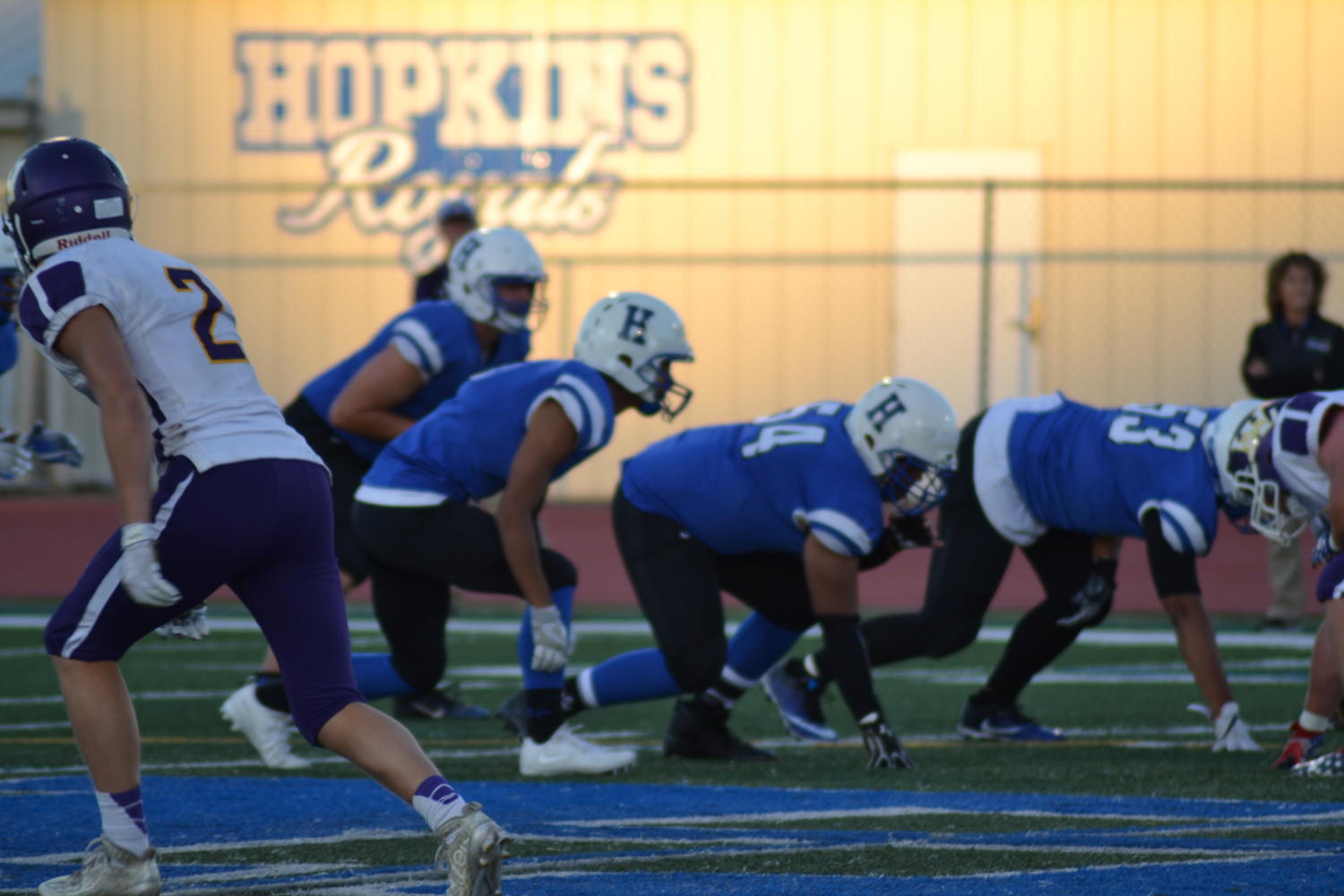 In the sixth game of the season, the Royals hosted the St. Thomas Academy Cadets for homecoming. The Royals were looking to get their first win of the season and they did exactly that. The Royals took down the Cadets 21-19.

The Royals got down late in the first quarter, but were able to answer quickly when Lamontay Hayes, senior, put a double move on his defender and James Klecker, junior, threw a perfect pass to tie the game up.

The Royals weren’t done there, they scored again taking a 14-7 lead in the second quarter. With one minute left in the half, the Cadets answered but failed on the extra point. With under a minute left, Klecker led the Royals down and ran it in for another touchdown just before the half ended to put the Royals up 21-13.

This was the first time the Royals led the game at halftime this season. The second half was a more defensive game. The Royals didn’t score the rest of the game and the Cadets only scored late in the third but couldn’t convert the two point conversion.

The Royals defense was a huge part of this win. They had numerous fourth down stops and also got two interceptions late in the fourth quarter, one being during the Cadets final drive deep in Royals’ territory. Klecker being a huge asset on the offensive side, also got the game sealing interception.

The offense also looked really good in this game, they were able to fix their problem from weeks before of dropped passes. Klecker also looked to be on the same page with his receivers after overthrowing and under throwing them in weeks before.

The next game for the Royals is their last home game as well as Senior Night on Friday, October 13th, against the Forest Lake Rangers. The Rangers are also 1-5, but they are recently coming off a loss to the Mahtomedi Zephyrs.