Homecoming: Football looks to get first win against Cadets 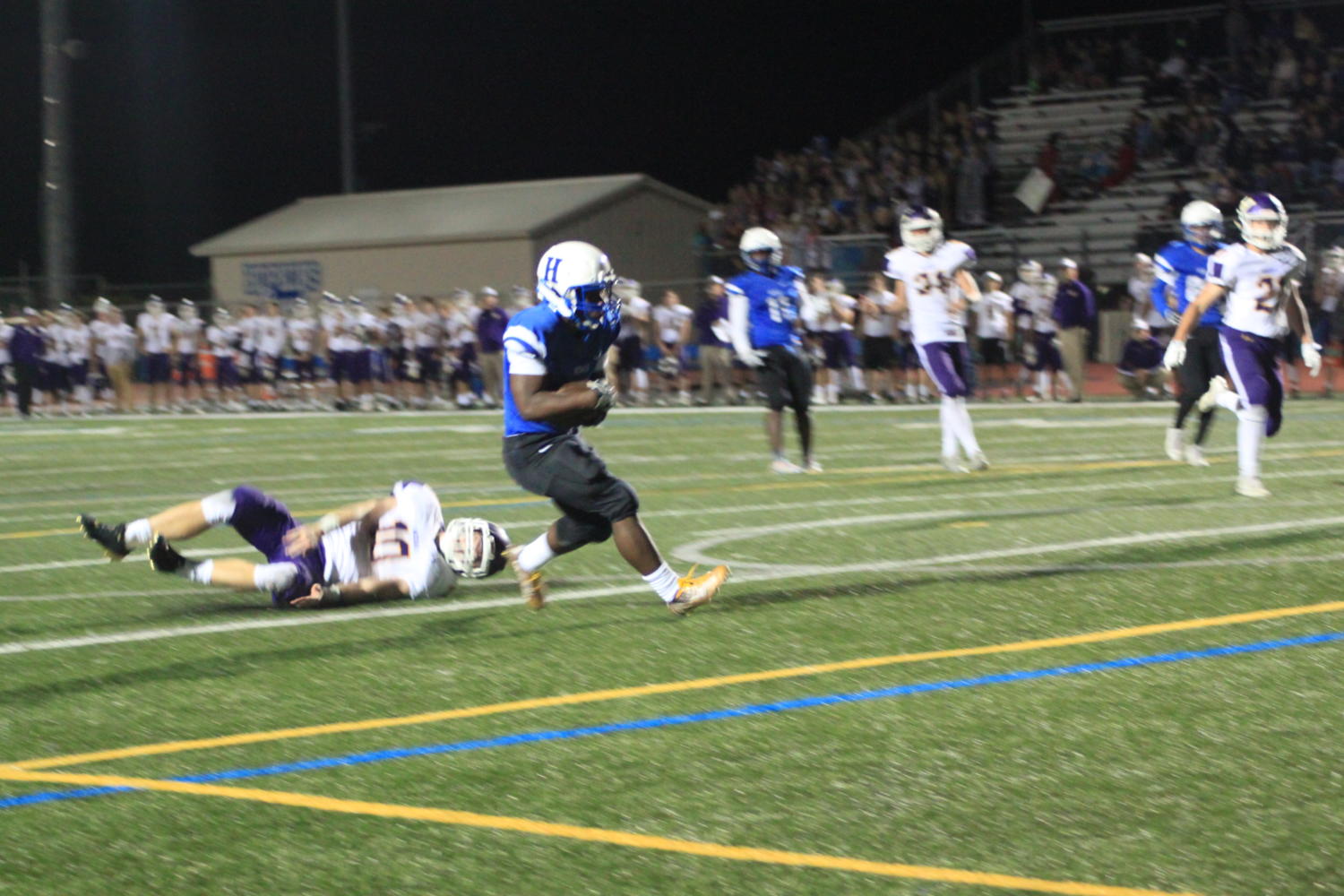 X’Zarion Hill, senior, dukes out defender after catch. The Royals lost to the Wildcats.

The Royals football team will look to end their defeated season tomorrow, October 6th, as they host the St. Thomas Academy Cadets for this year’s homecoming game.

Last week, the Royals lost their fifth straight game when they travelled to Chanhassen to play the Storm. The Storm were able to keep the Royals shut out until late in the game, when the Royals ended up scoring twice in the fourth quarter. The final score of the game was 24-14.

That marked the second straight game that the Royals finished the game down two possessions.

“This next one is huge,” said James Klecker, junior. “We’ve talked a lot about righting the ship and getting the season on track and what better time than homecoming. We’ve had a great week of practice and the team knows what we have to do, it’s all about execution of the game plan.”

After this game, the Royals have their last home game of the regular season on Friday, October 13th, as the Forest Lake Rangers travel to Hopkins. The game will be the last home game, as well as Senior Night.