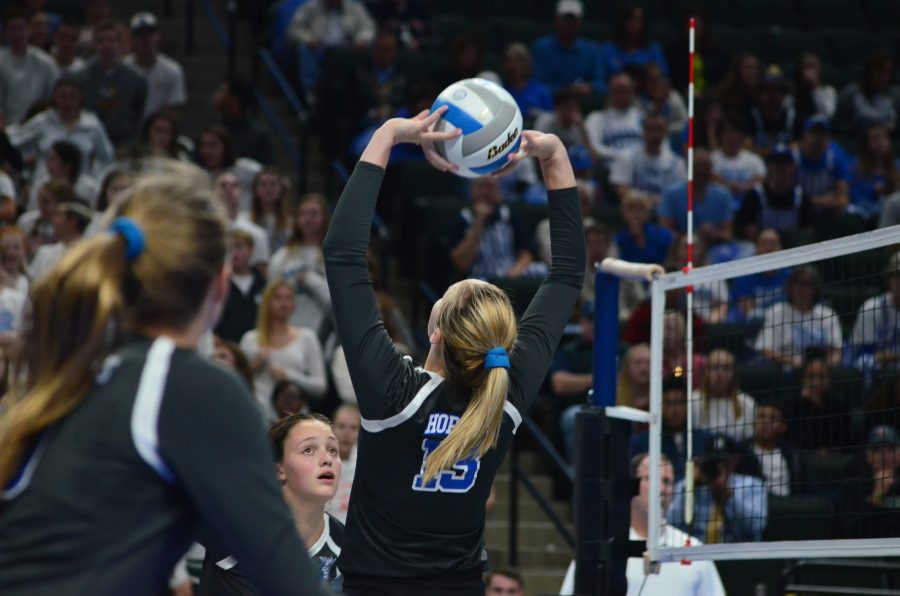 The Royals took on the Edina Hornets in their second meeting of the season, this time at the Royals home court.

The Hornets, after a loss form a three set sweep in mid september to the Royals, were looking to come back and get a win over their Lake Conference rival. The Royals were looking to continue their successful offense, and strike down the Hornets.

“We had to go in with the mindset that we have to play for every point,” Chudear Tut, sophomore, said.

After having a slow start, the Royals fell to the hornets 26-28 in the first set due to a hard push from the Hornets.

“It was a tough start for us, but then we picked up the communication and effort,” Anna Erickson, junior, said.

The Royals raised their game to a whole new level from the first set and started to click. The game was still back and forth, but the Royals swept the last three sets 25-13, 25-23, and 25-18.

“We didn’t have tides, we were costing through and it was really nice,” Tut said.

After a tough start, the Royals shot down the Hornets, and improved their overall record to 12-5.

“We had some different things going on, but we utilized what we had very well,” Erickson said.