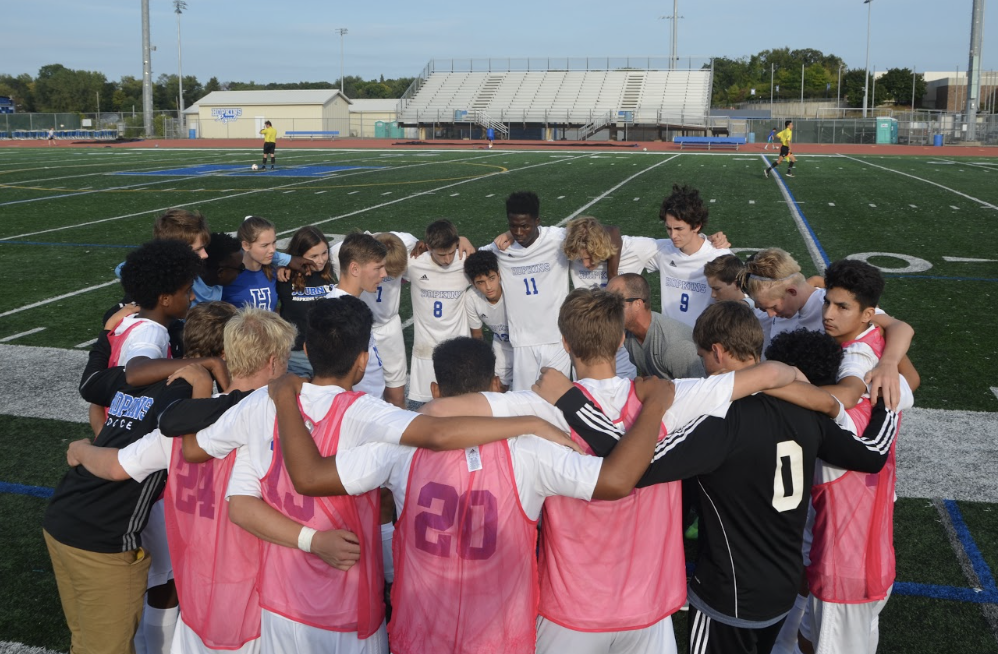 The Royals struggled getting any offense going last night, September 26, as they lost a Lake Conference matchup to the Wayzata Trojans by a score of 0-8.

“We struggled with moving the ball out of the midfield,” Shirley said. “That’s what really limited us on offense. It limited our shots on goal.”

Shirley also thought the team was playing a little frantic in the game.

“We we’re panicked a lot of the time we had possession which caused us to kick balls all over the place,” Shirley said. “If we had just calmed ourselves and taken a breath, it would’ve helped our team a lot.”

Josh Goering, senior captain, believed the team didn’t widen the field enough during the game. Goering thought that was successful against them last time.

“We didn’t expand the field as much as we did the first time we played them,” Goering said. “Last time we played Wayzata, we switched the ball really well and utilized our center guys efficiently.”

The Royals face a stout Edina Hornets team tomorrow, September 28, and they will need to execute and work in order to pull out a win.

“Our team needs a clear mindset going into the game tomorrow. We need to be able to work hard. We had a similar defeat to them as we did against Wayzata last night,” Goering said. “We need to go out there and outwork them.”