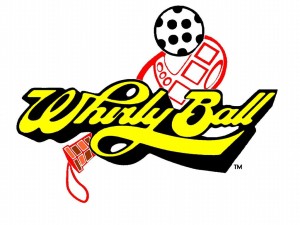 The first thing you probably were wondering when you saw this is, what is WhirlyBall. WhirlyBall is an activity played on bumper cars that combines hockey, basketball and lacrosse into one.

The game is played in bumper cars with the players using scoops to pass and score a whiffle ball. The way a team scores is by hitting the a plastic square within the backboard.

There are no faceoffs or out of bounds. The ball is thrown into play by the referee from above at the beginning of the game, and, unless the ball gets stuck somewhere, you use the same ball the whole game. After a team scores, the opponent picks up the ball and starts going the other way.

First off, WhirlyBall is an extremely fun activity to play with your friends, you can play with four people or more. The closest place is in Maple Grove. You can play two halves of 15 minutes each for the price of $12.

“My friend Avi Bundt recommended this game to me after he played it with his family and I’ve been really happy that I found out about this activity because I have gone multiple times and have never been disappointed,” said Austin Lehman, senior.

I have now played WhirlyBall twice with my friends and each time it has been more and more fun. It is very easy to get in and play because they have two courts available and all you have to do is walk in and pay.

While playing, there are some strategies that I have picked up. It is very helpful to set screens on the opponent, especially when they aren’t looking to give them a little surprise. Also maneuvering yourself into the opponent to trap them is very helpful to allow your other teammate a breakaway or a one on one.

Something I love about it, is that you never have an easy shot, you could be on a breakaway and easily over or under shoot and totally miss. Then there are times when you throw up a desperation shot and you somehow score.

“The competition that it provides is my favorite thing about WhirlyBall, I love going out and playing in big groups because of how much fun it is to play,” says Theo Lentsch, senior.

I would encourage everyone to go out to Maple grove and give WhirlyBall a try, just grab some friends and head over there.