Opinion: Don’t judge a book by its cover? 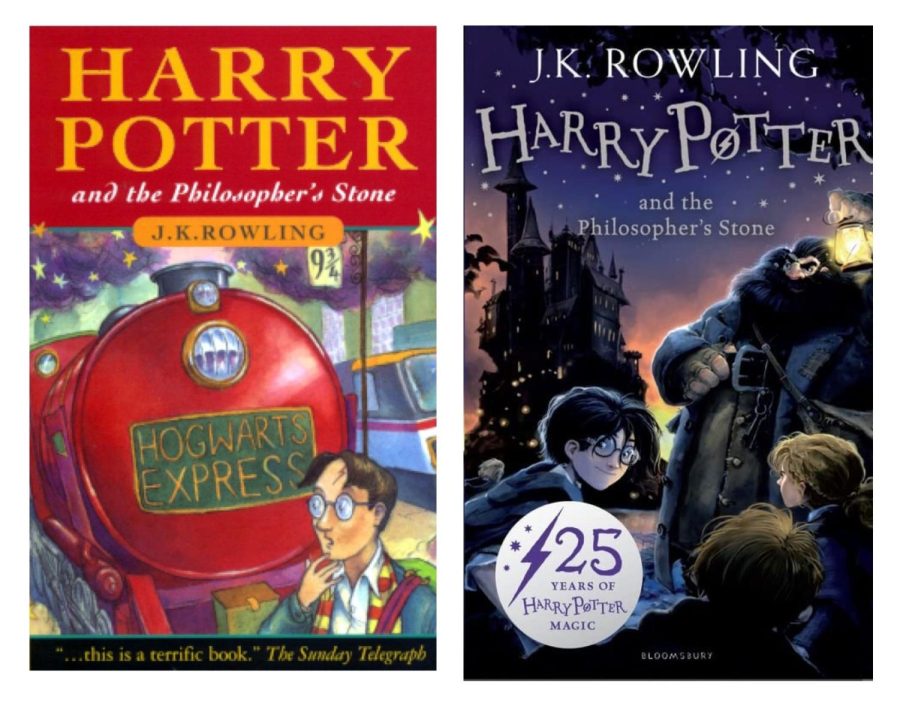 The timeworn idiom “don’t judge a book by its cover” at its core suggests that value should not be judged or determined without looking past the outward appearance of something or someone.

In this metaphorical phrase, the subject of judgment is a book’s cover, which I find ironic, considering illustration-less pieces of literature demand a reader’s attention solely through the singular visual displayed on the front.

Last week in Ms. Beth Ocar’s AP Language and Literature class, students were assigned to select a choice book based only on the provided plot blurb and minimal context about the author.

Students then had to commit themselves to the book for the remaining term. Not to just zip through the words but to consume them, analyze them, and discuss them with peers, which is far from a small commitment.

By the end of that class period, I was confident that amongst other criteria, including text size and chapter length, each student was guilty of considering the visual of the front cover when making their selection to commit to the novel.

The phrase “don’t judge a book by the cover” is not as straightforward as it appears, and I even find it reasonably misleading. It perpetuates the idea that judgment and perception should be based on only one factor, that being the contents within. It forces the idea that appearance should be low on the list of considered judgments. I find this to be poor guidance.

The cover of the book always matters.

A book cover suggests tone, emotion, and vibe, similar to what one might make assumptions about upon human-to-human initial interaction. As people, we are channeled to speedily analyze the mood of others through means of outward appearances as they closely mirror our personal collection of emotions.

A smile and laughter universally indicate joy. A frown and tears indicate sadness. We have the instinctual ability to see emotion, analyze it as an overall mood, and register it as either good or bad (in most cases).

A similar analysis occurs upon viewing a book cover. Just a minimal visual can uncover valuable secrets to the story, often resulting in the reader either committing to the novel or not.

The confusing side of my opinion comes with the idea of interpretation, and the beloved Harry Potter series is a perfect example.

Having upheld a notable legacy and popularity through the years, one could compare the 1997 cover art to those sold today and struggle to find a close resemblance.

The early publications of the Harry Potter series displayed cartoon-like, hand-drawn illustrations on the cover, cultivating a mood that would attract young readers who might find themselves reaching towards a book with bright colors and comforting illustrations.

The covers being printed today have a considerably contrasting design featuring dark undertones that cultivate an eerie and intensified feel.

It’s important to note that the contents within the book remained utterly unaltered from the first publication in 1997 to the updated cover picked up by kids in 2022.

My opinion has changed slightly from the top of the article. Judging a book by the cover, I stick to my stance that it’s essential. I still remain skeptical of the idiom and how the concise message slightly missed the mark on being practical in its meaning.

Most students and the more significant population of humans “judge books by covers” and will never rid themselves of this instinct.

The message that needs to be emphasized is not suggesting that the contents within are the only thing that matters to the overarching narrative of the book or person, but rather how interpretations really put the narrative into action.

I believe that judgment is natural, but obstinate judgment filters into deaf prejudice, an all too common escape in today’s society.

The next time you pick up a book, I challenge you to judge the cover. Choose to read it or don’t. I really could care less. You either gain something, or remain blind to the story, just like the 100 others who picked up, took a glance, and then put it down. Lucky for you, there is an endless supply of literature available, not one crafted the same.

Find one that you find inviting and commit to it. After that, I permit you to judge endlessly.