Problematic history leads to the renaming of Lindbergh Center 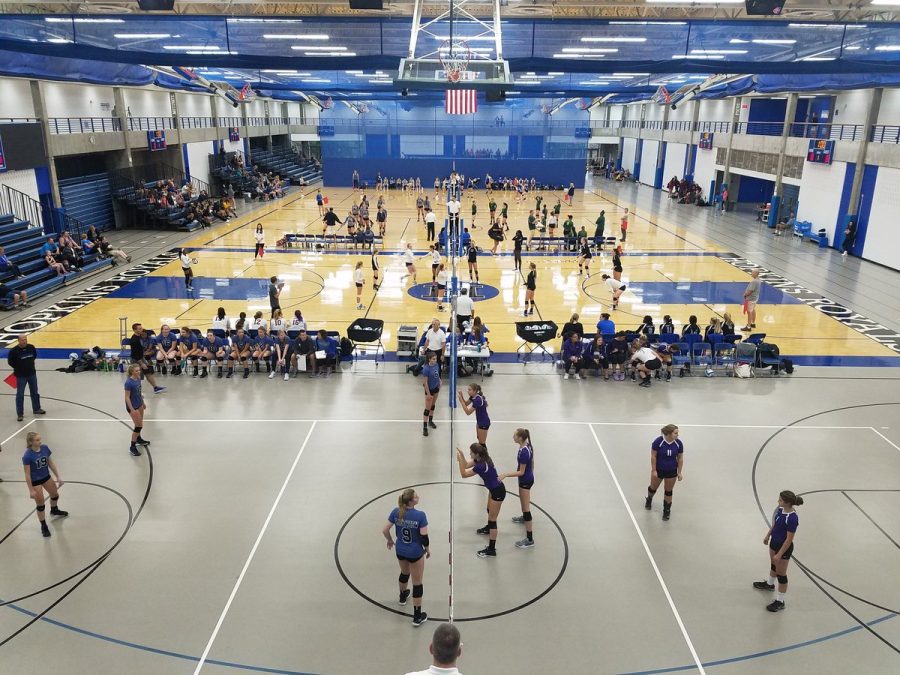 The Lindbergh Center, located on the campus of HHS encompassing 92,000-square-feet of fitness and event space accessible for a range of athletic endeavors, rethinks the historical name in its relations to the antisemite who bears its name.

Charles Lindbergh rose to international fame in 1927 as he became the first person to fly solo and nonstop across the Atlantic Ocean in his monoplane, Spirit of St. Louis. Although deemed an American hero in that regard and a local favorite having been raised in Little Falls, Minnesota, his involvement in the nazi party begged the question of whether or not he should be honored at all.

In 1982, the former Lindbergh High School was successfully changed to Hopkins High School as referred to today. Opened in 1996, the fitness center reclaimed the title creating The Lindbergh Center, which has its address on Lindbergh Drive.

Within recent years, the reconsideration of building names and monuments has increased significantly in hopes to divert attention away from the memorialization of problematic figures. The Lindbergh Center is no exception.

While the decision to re-name the Lindbergh Center is finalized, to what it will be re-named is not.

Last week Hopkins Schools and the City of Minnetonka, who jointly own and operate the building currently known as the Lindbergh Center, asked the community for feedback- in the form of a survey- as to the criteria to be considered in selecting the new name.

Options include naming the facility after a former Hopkins coach, educator, administrator, seeking a corporate partner with whom to collaborate and presumably offer naming rights in exchange for funding, or honoring the Native American land the building sits on with the new name.

Novak, Sr. was head coach at Hopkins from 1957-1970, then coached Hopkins Lindbergh from 1970-82 when the Hopkins district split into two schools. He won 459 games as a head coach and is in the Minnesota Basketball Coaches Association Hall of Fame.

Novak, Jr. was a social studies teacher at Hopkins High School and is considered one of the most accomplished high school basketball coaches in Minnesota history. Novak was named the ESPN RISE National Coach of the Year. Last season, Novak Jr., who became the Royals coach in 1990,  achieved his 900th career win.

“Being a varsity boys basketball player and having been in the presence of coach Novak, I’m definitely in support of the name being changed to the Novak center,” Tyrell Sappington, senior, said  ”He’s a hero and has contributed so much to our team.”

Although viewed as a hero to many within the Hopkins community, some suspicion has arisen about how naming the center after another white male may not reflect the level of progressiveness Hopkins hopes to achieve through the name change.

“As a community, we want to preach equality and inclusivity which has to be represented in our actions,”varsity volleyball player Leiauna Hayman, junior, said. ”While I respect Novak and everything he has done for the community, I think if we want to preach a communal message, we also have to act on that message.”

On the other hand, many care solely about the contribution made by the person selected to carry the name of the fitness center.

“As both a varsity dancer and a person of color, I think that it’s most important we name the center after someone who has made a change in society for the betterment of not only themselves, but other people,” Camryn Mcneal, sophomore, said ”It doesn’t matter if it’s a white man that it’s named after, so much as did the white man do something or change something to benefit the community.”

Noted in an article coming from the University of Michigan regarding the practice of renaming buildings, the suggestion on defining a set of principles involved in the changing was viewed as the best way to approach the process.

Hopkins hopes to implement a similar approach with the renaming in order to make the decision as smart and popular as possible.

As feedback rolls in and suggestions continue to be made, it’s likely a new name will stand outside the fitness center coming 2022.