The 15 greatest rap songs of all time: Number 1. 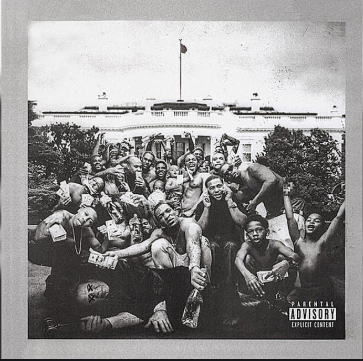 There were so many choices for my favorite Kendrick Lamar track, but the second single off his fantastic 2015 album To Pimp a Butterfly takes the cake.

As Dave Chappelle jokingly put it during Lamar’s performance at the 2018 Grammy Awards, “The only thing more frightening than watching a black man being honest in America is being an honest black man in America.” Lamar is one of the most honest black men in America on all of the tracks in his catalog, but none of them can compare to the unfiltered world view that he portrays on “The Blacker The Berry.”

Lamar rides arguably his hottest pen ever to weave witty double entendres together with lyricism so straightforward that it jolts a passive listener to attention. In the nearly five and a half minutes of run time, Kung Fu Kenny waxes poetic about a multitude of issues concerning the black population of America. Kendrick points the finger at members of both the white and black communities for perpetuating the constant struggle that many black Americans have had to face (and still face today).

A whole lot of defiance characterizes the first verse in the face of racism and white culture attempting to portray Kendrick in a negative light. He laughs in the face of stereotypes and racial slurs and admits he has the power to fight back with even more hate by releasing all of his aggression, but he recognizes there is even more power in turning the other cheek.

Arguably the best double entendres are left to the hook performed by Jamaican dancehall artist Assassin who (pun intended) killed it on the hook. His comparison of slaves being damaged by whips and chains to now owning big whips (big cars) and gold chains of their own as luxuries is a phenomenal parallel.

His second verse takes more shots at white culture and how many believe that because of the Civil Rights Movement, America is now blessed with a post-racial society. Kendrick has a lot to retort with, stating that his culture was viewed as “irrelevant” until #BlackLivesMatter and the racist justice system is still very much alive 50 years after the Civil Rights Act was signed.

Kendrick also considers that a lot of racism comes from a sense of white indignance, which he sums up by pointing out insecurity with the line, “I know you hate me just as much as you hate yourself/Jealous of my wisdom and cards I dealt.” Kendrick flexes his material wealth and the fact that he is a highly successful black man in America.

The third verse, though. There’s so much to say about this verse. In terms of music being “food for thought,” the third verse on “The Blacker The Berry” will fill you up faster than a buffet with all of your favorite foods.

Basically, after calling the entirety of white America racist with some choice four-letter words, Kendrick Lamar begins to point the finger at the black community AND at himself for the struggles that they are dealing with. He calls out his own race for not practicing what they preach and being hypocritical despite doing a bunch of things that support black culture.

That’s when Lamar delivers his last bar, which had me thinking about it for days until I read the Genius annotation on the closing and the entire last verse clicked.

Kendrick Lamar uses the pronoun “I” a lot in “The Blacker The Berry,” only to reveal that the “I” is not him, but many hypocrites in the black community. He called out those in the black community who wept when Trayvon Martin was killed by George Zimmerman, a white man, while at the same time being involved in black-on-black killings.

The meaning of those lines was so deep and loaded that they had so much meaning they had to bring in Pulitzer Prize winner Michael Chabon to analyze it on the song’s Genius page and sift through what Kendrick was trying to get at. After a line like that ends a song, especially considering the intensity of the preceding four minutes or so, the jazzy cool down was necessary to try to sift through everything as a listener.

The musical backdrop complements the nature of the song excellently as well, with the murky keys and thunderous drums propelling the song forward bring Lamar’s lyricism to levels few could even attempt to reach.

“The Blacker The Berry” is better than just about any song regardless of genre and is the biggest jewel in the crown that sits upon King Kendrick’s head.