Tuesday Tunes: Five songs to listen to while in Quarantine 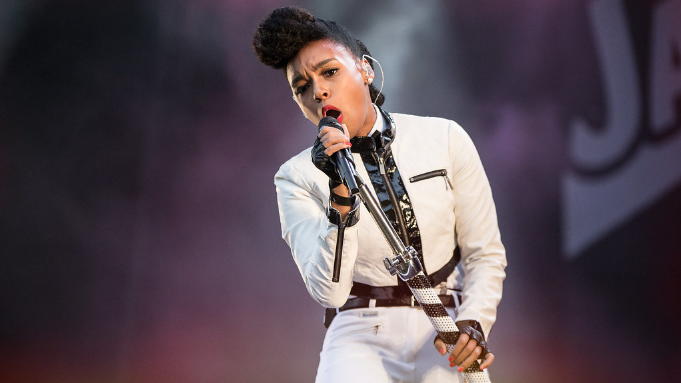 HHS Spring Break is just around the corner. For 2020 Spring Breakers, this means staying at home, social distancing and continuing the same routine that had been in place the two weeks prior.

It also means a time to indulge in some music that might not have been on the radar. New projects by Lil Uzi Vert, The Weeknd and Childish Gambino have all been released recently, giving self-isolaters a small consolation for the predicament they have been put in. Here are five more tracks that you can enjoy on your “Coronacation.”

The ‘90s R&B slow-jam is still alive and well on this sensual duet between Janelle Monáe and Miguel.

On “PrimeTime,” Monáe and Miguel are playing characters in Monáe’s Metropolis universe which she had crafted over her previous two albums. It is the story of Monáe’s character, Cindi Mayweather and her love interest, Joey Vice, who is played by Miguel. “PrimeTime” is one of the key singles on Monáe’s sophomore release The Electric Lady.

The two R&B stars showcase an incredible amount of chemistry on a straightforward but classy love ballad which would transport listeners into the headspace of a Boyz II Men or TLC hit. An electric guitar appearance placed during vocal breaks and a lavish string section to close out the song gives “PrimeTime” the presentation of a big budget Hollywood musical.

“PrimeTime” is the perfect song to listen to when you finally see your significant other in person after a long hiatus.

HMLTD- “To The Door”

“To The Door” as a musical idea should not work in theory. How HMLTD brings in British punk vocals, trap percussion breaks and rambling guitars from an outlaw film is beyond my comprehension.

An entertaining mix of influences makes for a single which is equal parts free-spirited and twisted. HMLTD’s refrains when they’re asked where they’re going and they say “to the door” are supremely catchy and make the song pop.

A bright Spanish pop song that is ear candy upon first listen, “Sofia” was released in 2015 by Alvaro Soler and topped the charts in a handful of European countries.

“Sofia” is not complicated or complex and its simplicity is refreshing. The opening whistling and marimba patterns pull you into a happy state of mind that continues throughout the three and a half minutes of run time.

Even after one listen, the chorus of “Sofia” sticks in your mind for hours or days after listening, waiting to be listened to on repeat until you have completely memorized the lyrics and can belt it out alongside Soler.

Pusha T and Malice were in rare form throughout their sophomore record Hell Hath No Fury, but there is a special place in Clipse’s catalogue for “Momma I’m So Sorry”.

Pharrell and The Neptunes assemble an odd groove driven by steady hi-hats and a sample from what appears to be an accordion. Malice and Push handle the unique production with ease with their signature bars laced with double entendres about drug dealing and remorss for the life that the two Virginia brothers chose.

Air Supply- “Making Love out of Nothing At All”

This throwback power ballad from 1983 opens with a beautiful piano open paired with a sole cymbal hit, but continues to steadily build until the eventual climax at the end of the song, with the angelic background chorus vocals wailing, the drums pounding and the piano playing loud and strong.

The British soft rock duo of Russell Hitchcock and Graham Russell, otherwise known as Air Supply, came together to produce one of their biggest hits over their storied career. “Making Love out of Nothing At All” went on to sell seven million copies worldwide and peaked at No. 2 on the Billboard Hot 100.

Many artists like Bonnie Tyler have covered the classic love song, but no one does it quite like the original.