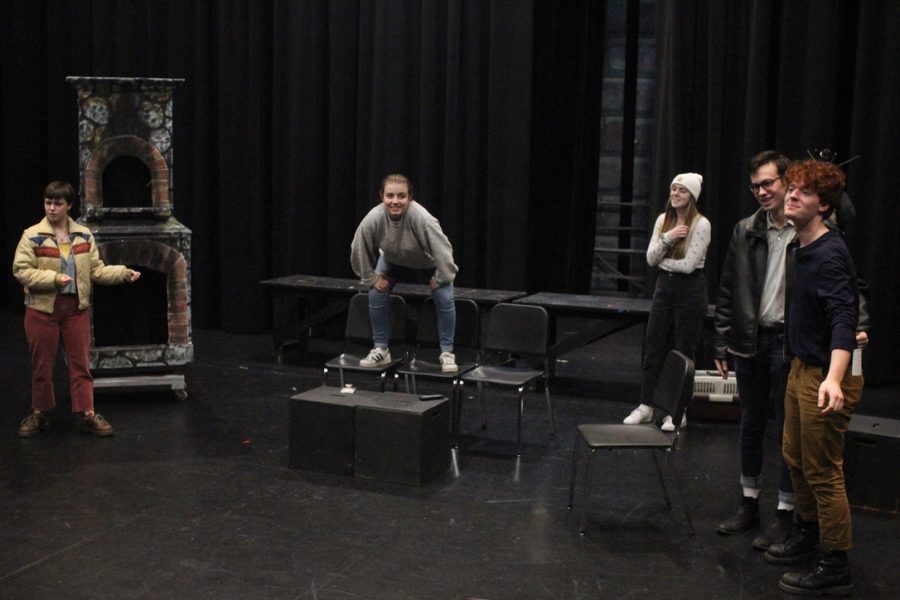 On Thurs. Jan 30, Royal Productions performed the annual One Acts in the HHS little theater and to say the least, I was very impressed.

Thursday was the first of three shows, the other two coming Fri. Jan 31, and Sat. Feb 1.

Twitch, Women of Troy, Speed Date, and Relocation make up the four acts, all of them unique in their own way.

Twitch is if anything extremely weird. The act shows two couples, both very different from each other. Devon Welton-Rayl, senior, and Tess Reardon-Mann, junior give amazing performances but everyone in Twitch deserves a standing ovation.

Moving on to one of the darker plays I have ever seen, Women of Troy displays the struggle of the city of Troy, destroyed and beaten to nothing. Seniors Isabel Freeman and Tyler Elliott give moving performances in a show that most would shed a tear for.

After intermission, there was Speed Date. An ensemble cast of many shows the ability of all the Royal Productions actors and actresses. The standout performer for me personally was Ben Duffing, junior. However, to pull of such a successful show you need everyone to be on the top of their game, which everyone was.

Last but certainly not least is the comp piece, Relocation. A story about a Minnesota family who has a squirrel stuck in their house, I found myself laughing at every line(mostly because of the Minnesota accents). It is almost impossible to give a shoutout to a few students but if I had to choose one, senior Harper Malone gave possibly the performance of the night as Chipper.

These One Acts are by far the best I have seen in my three years at HHS and if you haven’t seen them I very strongly recommend seeing this year’s production.