Op-Ed: NBA should have cancelled games in the wake of Kobe Bryant’s death 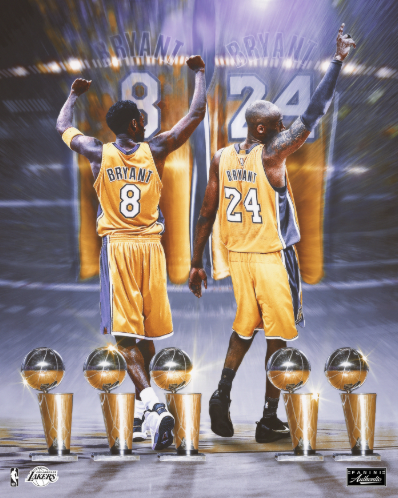 Just after 11 AM Central Standard Time on Sunday Jan. 26, NBA legend Kobe Bryant, his daughter Gianna Bryant and seven others perished in a helicopter crash shortly after takeoff in Calabasas, Calif. One of the greatest basketball players in history, an icon on and off the court, gone from the world too soon.

Posts flooded social media in the hours following the reports, with themes of grief and celebrating the lives of those who died pouring out from those who were still coming to grips with the tragic news. Athletes, entertainment figures and the general public alike marinated on Bryant’s impact as a player and a person.

Countless players and coaches who had the honor of stepping on the same court as the Laker legend or were influenced by his trademark Mamba Mentality shared their grief on social media or during interviews. Basketball was the last thing on their mind and everyone banded together to show their support to the Black Mamba.

Despite the heartbreaking news that hit close to home for many current NBA players, more than half of the NBA’s teams had to go on and compete just hours after Bryant’s death.

The clubs who had to play on Sunday paid tribute to Bryant through moments of silence as well as 24-second shot clock violations and eight-second violations and handled themselves the best they possibly could’ve under the situation.

But those teams should not have been playing at all under the situation.

While it is extremely difficult to put myself in the shoes of NBA commissioner Adam Silver, he could’ve taken the liberty of postponing cancelling all games on Jan. 26. It would have been logistically difficult to cancel all of the games, but it could have been achievable to make sure that all of the players were in the right state of mind when they took the court.

Videos were posted online of players looking visibly distraught after receiving the news of Bryant’s passing during their pre-game warmups. It’s difficult to go out and play a basketball game immediately after being informed about the death of someone so close to so many.

Coaches partook in the mourning of Bryant as well. After a close loss to the Toronto Raptors, San Antonio Spurs head coach Gregg Popovich, who is as stoic as they come and has a storied history against Bryant and the Lakers, summed up everyone’s feelings despite nearly pulling off a comeback victory: “Good game. Tough loss. Who cares?”

One of the most competitive coaches in the NBA pushing aside the importance of a close game because of Bryant’s death could not be a bigger canary in the coal mine. The basketball world needed more time to let the death soak in before business attempted to carry on as usual.

MLB has done the deed of cancelling games in the wake of the death of players in the past. Following the death of Los Angeles Angels pitcher Tyler Skaggs in 2019, the Angels cancelled their July 1 game against the Texas Rangers, and when Miami Marlins pitcher José Fernández passed away in Sept. 2016, the Marlins postponed their Sept. 25 game against the Atlanta Braves.

Chances are it’s easier to reschedule one baseball game than it is to reschedule eight, but where there’s a will, there’s a way, and it could have been achievable with a little legwork to assure that everyone involved in the game wasn’t playing the game with the thoughts about a beloved player’s death swirling in their minds.

Also (and this could have been a cool moment) the NBA could have chosen to call off all the games and chosen not to reschedule them at all in honor of Kobe Bryant. This would have set everyone’s NBA schedule to have 81 games instead of 82, and the number 81 holds a special place in the legacy of The Black Mamba.

On Jan. 22, 2006, 14 years and four days prior to his death, Bryant scored a career-high 81 points against the Toronto Raptors, which stands as the second-most points scored in a single game in NBA history.

The NBA is a money-making business and all 16 teams who partook in the games would most likely want the cash in their pocket that they made from Sunday’s games, but some things are just bigger than money and bigger than basketball, and the death of Kobe Bryant is one of those things.