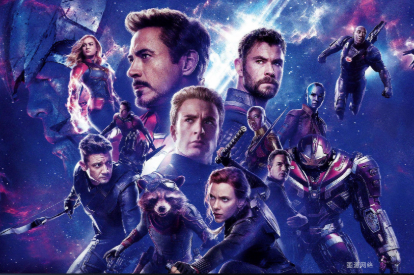 The big bad from the latest MCU installment proved to be one of the best we have seen from Marvel. I had my doubts about having Mysterio as the villain for the second Spider-Man film but I was blown away from Jake Gyllenhall’s performance.

One of the main things I liked about the film in general was how Beck tricked everyone. Nick Fury, Maria Hill, and of course Peter Parker. While I knew Mysterio was the bad guy because of the comics and overall Spider-Man knowledge, if I wasn’t a huge fan, this would be a very good pull by Mysterio.

I thought Far From Home was a much better movie than Homecoming which might be an unpopular opinion. I loved the different suits as he used a total of four in the movie, which is awesome. The only problem I had with the movie was there wasn’t much web slinging action.

However, this has nothing to do with Gyllenhall’s performance. He was fantastic, and overall, the movie was too.

This performance from Michael Keaton was one I was not expecting. I was happy when Vulture got announced as the villain for the first Spider-Man movie, which I was right about in a different way.

Firstly, I liked what Toomes was doing as a construction worker, and I thought what he was doing was right. Using it to do dangerous things however is where the line is drawn and it took Spider-Man to defeat him.

However the main thing I loved about Keaton in this movie was not his performance as Vulture, but his performance of Adrian Toomes. He was scarier than the Vulture ever was and that shows how good of a job Keaton did. That scene in the car before homecoming literally terrified me, let alone how Peter must have felt.

Keaton is scary just by himself and when plays one of the best villains from Spidey’s rogues gallery, it turns into a beautiful, terrifying masterpiece.

While these are not the only two movies the God of Mischief has been in, these are the two where Tom Hiddlestone shined the most and was seen as the big bad. My goodness did he shine.

While many believe he should be number one on the list, I have him at three. It is not because he is bad but the two villains ahead of him are just that good.

Nevertheless, Loki has always been a thorn in the side of the Avengers and it has been greatly entertaining to witness on the big screen.

Maybe a surprise here at number two but Thanos is not the best MCU villain. However, he pretty darn close.

Josh Brolin perfects Thanos in the third Avengers film and builds on that beautiful performance in the final flick. He not only pisses off every hero in the movie but also the audience and has them asking “Did that really happen?”

Thanos really defines what it means to be the villain of the story. Everyone wants to stop him, but his power is too strong and they struggle to defeat the mad titan.

Brolin is the perfect person to play this role of Thanos and while we have probably seen the end of him, he gave a lasting impact to all the MCU.

A great superhero movie is only as good as it’s villain and Black Panther was nominated for best picture a reason. Michael B. Jordan gives us the second best villain portrayal, only behind Heath Ledger’s joker.

The main reason I love Jordan in this role because he got to me believe in what he was doing at that is what really sets him apart from Thanos and Loki, he doesn’t want to rule the universe or kill a bunch of people, he wants to give more power to his people.

Now the way he went about that just so happened to start a civil war in Wakanda which is why King T’Challa got involved. That and Killmonger wanted the throne of Wakanda(which he has a complete right to). Killmonger also has the Black Panther power obviously, but without it, he can still kick some butt.

Jordan is a tremendous actor who is utterly unbelievable in Black Panther and honestly deserved to be nominated for best supporting actor. Black Panther is the second best superhero movie of all time behind The Dark Knight and for good reason, Killmonger is awesome.

Editor in-Chief David Campbell has a new column on hopkinsrp.org. A column that you the reader can be involved in. Campbell will be choosing/given a topic and he has to give his top five choices of that topic. It can be anything. Movies, sports, music and everything you can think of. If you are interested in contacting him and giving a suggestion for a top 5 topic feel free to text or email him: