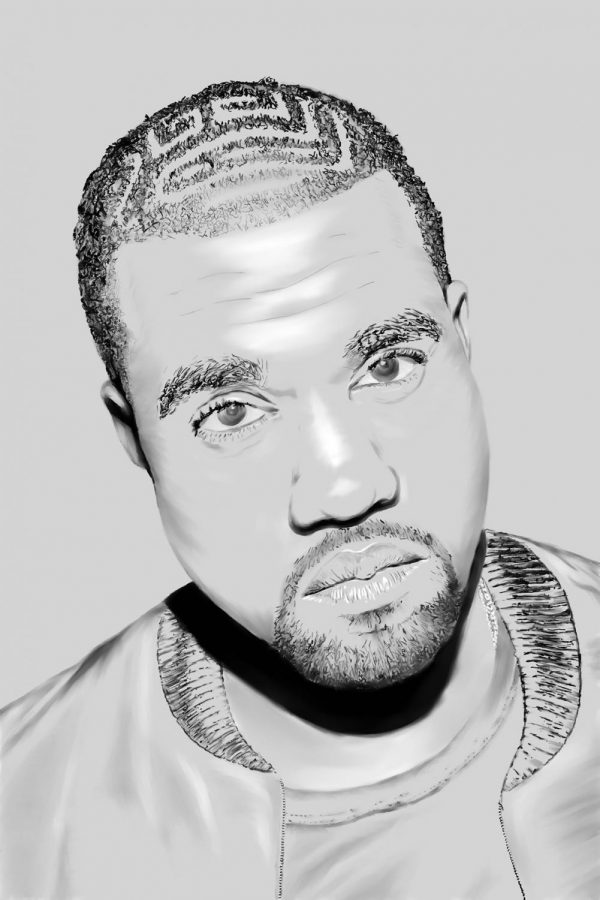 On June 8th, 1977, Kanye Omari West was born. Ever since Mr. West released his debut project The College Dropout, his work played a huge role in forming hip-hop to what it is today.

In honor of Mr. West releasing his 9th solo album, here are my top 20 favorite Kanye songs of all time.

“Blood On the Leaves” is a hard-hitting track that uses a sample from Nina Simone’s song Strange Fruit that plays a huge role in the chorus of the song. With a fantastic beat and verse from Kanye, the only knock I have on it is that the sample is used a little bit excessively.

Similar to “Blood On the Leaves”, this Grammy Award-winning track’s chorus is based on the track “Diamonds are Forever” by Shirley Bassey. However, I think this sample sounds much better than the one used in “Blood On the Leaves” and that “Diamonds From Sierra Leone” is one of Kanye’s best produced tracks to date

“The One” is a much lesser-known song because it isn’t on any of his eight solo projects. Nonetheless, it has a powerful chorus from Marsha Ambrosius and a solid guest verse from 2 Chainz. The highlight of the track for me is the verse from Big Sean. At the time of its release, Sean only had one album out and wasn’t a big name yet. In his verse, he talks about his rags to riches story and about how Kanye gives him the confidence that he will be one of the greats one day.

“Family Business” is a very happy, uplifting track talking about how you are truly yourself when you are with your family. Similar to most songs in The College Dropout, Kanye does a great job providing lyrics that his audience can truly relate too.

Like “Family Business”, “Spaceship” is one of Kanye’s most relatable tracks. Talking about how he doesn’t like having a normal job, making minimum wage, and that there are times where he wishes that he could just buy himself a spaceship and fly away.

“Good Night” was featured as a bonus track on Kanye’s 3rd studio album. Considering the album was opened by a song titled “Good Morning”, “Good Night” was a great way to close the project and let the album go full-circle.

“Stronger” is one of Kanye’s most popular songs to date and for good reason. The song is based on Daft Punk’s “Harder Better Faster Stronger” and it makes this track one of the most unique beats he’s ever produced.

“Ultralight Beam” is the only song from The Life Of Pablo to feature on the list because of how it showcases Kanye’s production ability at his best. He has multiple gospel singers featuring along with a 10-piece choir harmonizing throughout the track. This track contains some of his best work in production ever.

“Amazing” is a nostalgic song for me because it featured on the NBA 2K10 soundtrack. Whenever I hear it, I instantly think of myself in a simpler time. Nonetheless, it’s catchy sound makes it one of my favorite Kanye hooks to date.

“Black Skinhead” is the highlight of Kanye’s 6th project, Yeezus. The intro to the song is my favorite of any Kanye song ever and the song doesn’t disappoint. It’s a perfect song to listen to before a big game or workout.

“Only One” was a tribute to Kanye’s daughter North West and sung from the perspective of Kanye’s mother, Donda. It has a singing side of Kanye that isn’t used often, but when it is, it is nothing short of fantastic.

Jesus Walks contains a sample of “Walk with Me” by the ARC Choir that plays throughout the song’s extremely catchy hook. The song faced lots of controversy because, at the time, there weren’t many songs that expressed religion to the degree of this track.

“Through the Wire” was Kanye’s debut single and it has one of the craziest backstories to a song I’ve ever heard. It was written and recorded after Kanye’s jaw was wired shut after being in a severe car accident. His voice sounds significantly different and it’s amazing he was able to record this track as well as he did

“Welcome to Heartbreak” is a very sad track talking about how Kanye isn’t really happy with his life because the riches and fame that he has isn’t as important to him as having a family of his own. One lyric that showcases that is when Kanye said, “He said his daughter got a brand new report card, and all I got is a brand new sports car.” Kid Cudi does the chorus of the song and it blends in with the verses of the song perfectly. One of my favorite Kanye/ Cudi collaborations to date.

“Mercy” might have my favorite individual verse of any Kanye song ever done. His verse doesn’t start until 3-minutes into the song and has a long build-up to generate anticipation for Kanye’s verse and it was amazing from the moment it started. His powerful delivery never fails to get me hyped up for anything. 2 Chainz also has a highlight verse and the reason it isn’t higher up is the length, and the chorus being good, not amazing.

“All of the Lights” is one of Kanye’s most well-crafted songs and features vocals from 14 different artists, Alicia Keys, John Legend, The-Dream, Drake, Fergie, Kid Cudi, Elton John, Ryan Leslie, Charlie Wilson, Tony Williams, La Roux, Alvin Fields, Ken Lewis, and Rihanna. Just from one listen, it is easy to tell how much time was put into this record and the hard work paid off.

“Slow Jamz” was the second released single for Kanye’s debut album and peaked at no. 1 on the Billboard charts. This song was so big that Q Magazine ranked it as the nineteenth best hip hop song of all time. Jamie Foxx does the very catchy hook of this track and it sounds absolutely beautiful. Kanye delivers a great verse with some great lyrics and twista changes the tempo of the track with a very fast verse towards the end of the track.

Personally, I think “Street Lights” is Kanye’s most underrated song that he’s ever made. The way that he harmonizes with the background vocals sounds so good on the chorus. The drums play a huge role in the instrumental and plays a huge role in bringing all of the voices together. It’s a perfect song to listen to during a more mellow time

“All Falls Down” is one of Kanye’s biggest hits to date and I’d assume that it would be in the top 10 best Kanye songs according to many. The song was produced by West and features singer Syleena Johnson throughout the instrumental of the song. The song is perfect to listen to in the morning to start your day off right.

“Heartless” is one of the earliest tracks where Kanye’s voice is primarily utilized with auto-tune. This experiment paved a way for many rappers who use auto-tune to be who they are now. Kanye sounds robotic, yet very emotional as he talks about a troubled relationship. Even with a sad message, it has an upbeat sound and it’s addictive. Every single time I hear it, it puts me in a happy, energetic mood and it is without a doubt, my favorite Kanye West song of all time.