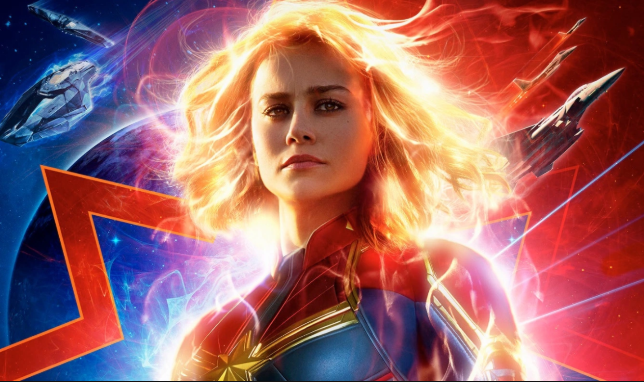 This past Thursday, Marvel released another big name origin story film in Captain Marvel which is set in the mid-1990s and gives us an origin story on the title character.

While this is an origin story that is coming out a couple of months before Avengers: Endgame, this was essential given the post credit scene from last April’s Avengers: Infinity War.

As I said, the film is set before any of the Avengers films take place and most of the Marvel Studios films (apart from Captain America: The First Avenger).  The year is 1995, and current S.H.I.E.L.D. director Nick Fury (Samuel L. Jackson) is just a young agent.  This is nearly an origin story for him as well. Along with a portrayal of a young Phil Coulson (Clark Gregg), this movie gives a lot of context and does help set up the current Avengers’ origins.

Overall, Brie Larson gives a spectacular performance as the title character.  She played her role with a true passion and gave her character a real life seeming level of determination.  She fits the superhero role that she was cast to play.

The chemistry between her and Jackson was also amazing.  Young Nick Fury is a loveable character, and this is the origin of the idea behind the Avengers. Additionally, the performances from other performers such as Jude Law (Yon-Rogg), Lashana Lynch (Maria Rambeau), and Ben Mendehlsohn (Talos/Kree) were spectacular.

The film overall is very well done, and the storyline of Carol Danvers (Larson), figuring out who she is and what purpose she has is also fascinating.  The only true criticism I have of the film was that they tried to make a lot of unnecessary jokes that some were funny and some weren’t.

I highly recommend seeing this film and am giving it eight out of 10 stars.  While it is in theaters, it is a hot ticket in the box office and is coming off of a $20.7 million opening night.