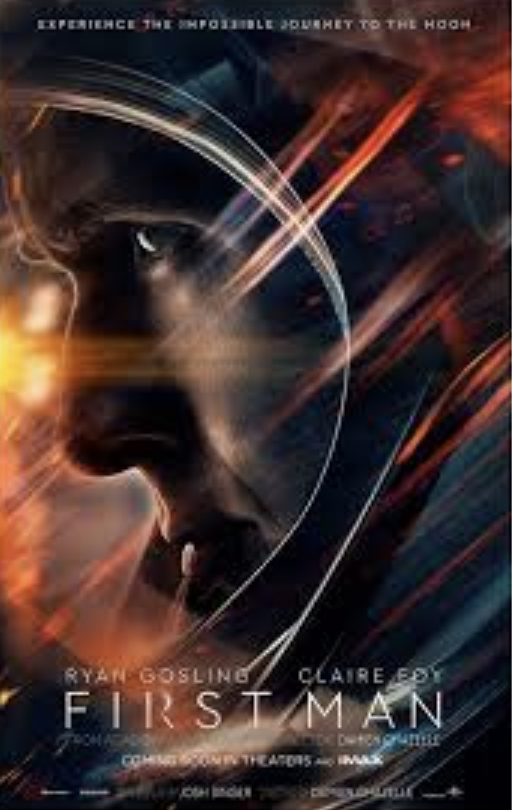 From the moment I walked into Plymouth Mann Cinema Theater 12, I knew I was in for a real treat with the movie First Man.

First Man is a movie that follows Neil Armstrong’s journey to the Apollo 11 mission, where the United States of America became the first country in the history of the world to put a man on the moon.

The movie stars astronaut Neil Armstrong, who is played by the Academy Award-winning Ryan Gosling. However, he is not the only actor you might recognize. The cast includes actress Claire Foy, who plays Janet Shearon, Neil’s wife and Corey Stoll who plays astronaut Buzz Aldrin.

The main reason the movie is so good is because of Gosling. His portrayal of Armstrong is just phenomenal. Armstrong lost his daughter to cancer when she was very young and Gosling does a great job of showing the crushing emotion of losing someone extremely important to him.

Another part of the movie that I enjoyed was watching all of the sacrifice that astronauts put into the Apollo Space Program. One of those moments was on display during a plugs out test on the very first Apollo mission, Apollo 1.

Astronauts Ed White, Roger Chaffee, and Gus Grissom were going through a routine test when a fire started in the cockpit. The fire turned for the worst and killed and it exploded, killing all three men.

Years of planning, designing, and testing culminated to one moment on July 20, 1969 when Neil Armstrong and Buzz Aldrin stepped on that moon. “One small step for man, one giant leap for mankind.”