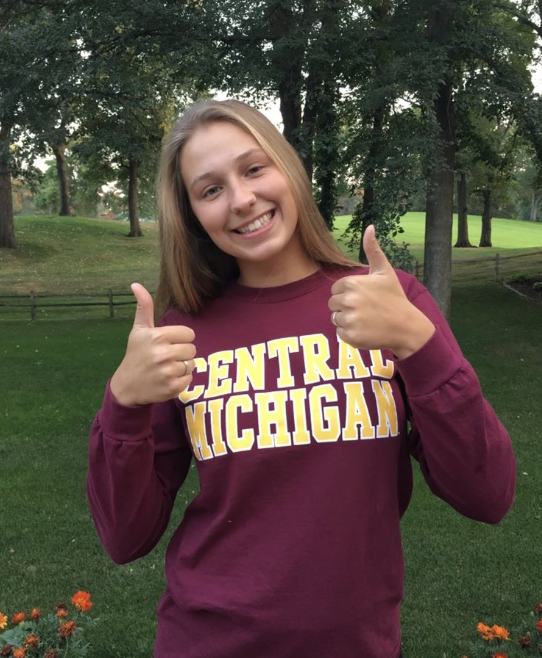 Anna Erickson, senior, is a varsity outside hitter on the HHS volleyball team. In addition to being a captain for two years, Erickson has been a member of the HHS team since seventh grade, joining the varsity team freshman year.

Erickson plays the same position for her club team called Northern Lights in Burnsville. This season will be Erickson’s sixth and last year on the club team. Erickson enjoys the different dynamics that both her club and school teams provide.

A big goal of Erickson’s this season is to make it back to the state championship. The team participated in the state tournament last year. This is a big motivator for the team who has hopes of getting the same success for this season through hard work, dedication, and unifying as a team.

Erickson would love for her team to make an impact within their conference and section which would show that they’re competitive with bigger teams. Erickson wants to make her last volleyball season at HHS the best one yet.

Erickson will continue to play volleyball next year at Central Michigan University. She’s looking forward to continuing her volleyball career in college against other Division 1 teams.