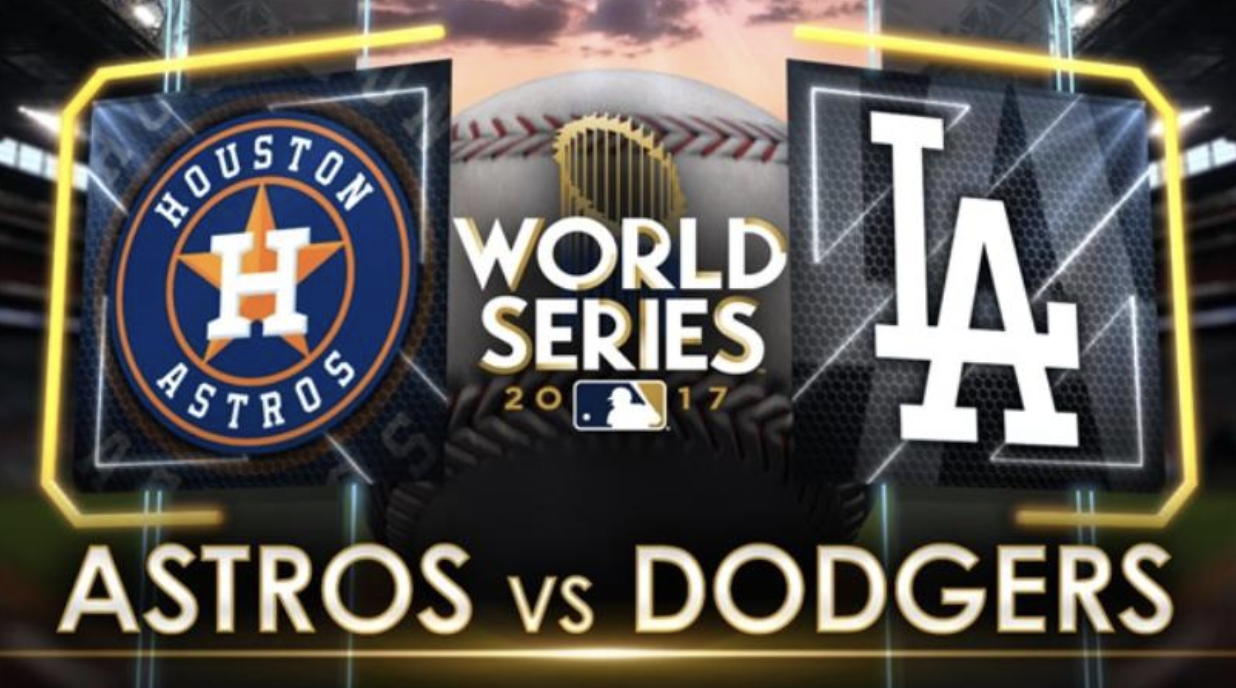 Debatable: Who will win the World Series?

The MLB season will finally come to an end when the two best teams in baseball meet on the world’s biggest stage. This year will mark the 113th World Series, a best-of-seven series to decide who will become the champions of Major League Baseball.

The Astros will win the Series in seven games. Second baseman Jose Altuve will be the MVP for the series and the American League for his regular-season performance. Altuve had a .346 batting avg. He is the leader of the team and just an amazing ballplayer.

However, Altuve is not the only star on the Astros. Outfielder George Springer and Shortstop Carlos Correa are amazing players and have proven it. Correa batted .315 and Springer has hit 34 home runs throughout. The Astros have a stacked lineup, any member of the team is capable of getting a hit.

Batting is not the only strength of the Astros, they have a unbelievable pitching staff, one of the best in the entire league. Starting Pitcher Justin Verlander has not lost a game in an Astros uniform. Starting Pitcher Dallas Keuchel has a 2.90 ERA and a 14-5 record, that duo is almost unstoppable.

Another reason why the Astros will beat the Dodgers is because of their fans. Hurricane Harvey hit the Houston area and when it did the people of Houston rallied around their ballclub. Meanwhile, in Los Angeles, when Dodger’s pitcher Clayton Kershaw tried to pick off the runner at first base, fans booed him for slowing down the game.

During game seven of the American League Championship Series, the Houston Astros stadium, Minute Maid Park, was so loud that you couldn’t hear Joe Buck announce the game sometimes. The fans are passionate and Dodgers’ fans are ignorant. Yankees’ third basemen Todd Frazier called the crowd noise in Houston ear-piercing.

The Dodgers are carried by three players. Pitcher Clayton Kershaw, Third Baseman Justin Turner, and First Basemen Cody Bellinger. If even one of those players have a bad World Series, the Dodgers will crumble and lose to the more balanced team, the Houston Astros.

Houston has the best hitters, pitchers, coaching, and fans in the World Series. The Astros will beat the Dodgers in seven games to win their first ever World Series.

The Los Angeles Dodgers are the best team in the MLB this year and will prevail in six games over the Houston Astros who are far inferior to the dominant pitching, powerful bats, and superior coaching of the LA Dodgers.

The biggest reason that the Dodgers will win the World Series this year is because of the dominant pitching all throughout their rotation. This starts with the best pitcher in baseball Clayton Kershaw,  who has two wins and no losses this postseason adding to his 18 wins in the regular season.

He is backed up by mid-season addition, pitcher Yu Darvish, who also has two wins in the postseason, and Rich Hill, who has had a breakout year as the Dodgers’ third pitcher and only allowed one run in his last pitching appearance.

Compare that to the Houston Astros, who had a half decent American League Championship Series and recovered just in time to barely beat the Yankees. During the series the Astros only won games at home and during the games at Yankee Stadium were outscored 19-5.

The hitting portion of the Dodger lineup is far superior to the Astros’ lineup which floundered in the games at Yankee stadium, compared to the all around good play from the Dodgers not only at Dodger Stadium, but at Wrigley Field as well.

Cody Bellinger, Justin Turner, Chris Taylor, and Yasiel Puig have all had a breakout postseason and together combined for 26 RBI’s, eight home runs, and and 24 runs. The Astros can’t muster the offense that is produced by the Dodgers, especially with their awful record on the road in the last series.

On the Astros, AJ Hinch has only been to one postseason series besides this one, which he lost. Dave Roberts has more experience and knows how a postseason team can improve themselves during the playoffs, which can’t be said for AJ Hinch.

There is no way the Astros are going to win the World Series this year, the Dodgers have way too many good hitters and their pitchers are the best in the MLB.

The Dodgers will win in six games and bring home yet another world series trophy to add to their collection.